Home Life Planning a Scary Movie Night? Here are 6 of the Best Horror... 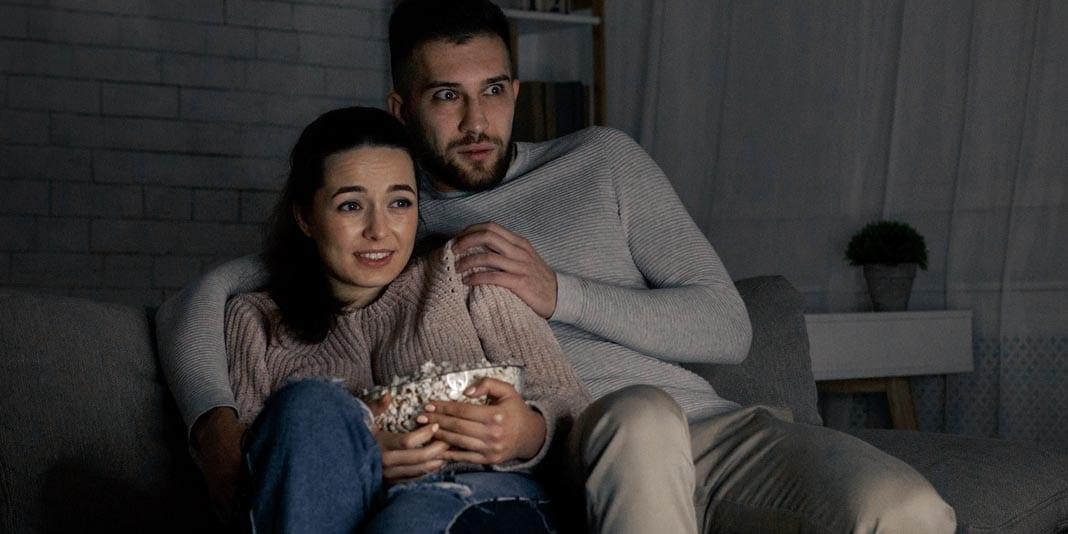 Is the world not scary enough for you right now? Don’t fear (or rather, do fear when watching these movies) — there are plenty of great horror movies for your movie night that will take your fright quotient to the max. We’ll mix some fun films if you aren’t looking to get too intense. All of the picks are available now on popular streaming services, so get the popcorn and turn out the lights.

Hereditary (Amazon Prime)
Ari Aster came out with one of the most frightening modern horror movies — Hereditary — and then followed it up with another classic, Midsommar. There isn’t a lot of gore or blood, but when it does appear, it’s not easy to watch. This movie isn’t for the squeamish or people who are afraid of small dollhouse miniatures. We won’t go into too much detail on this film, because the compelling and surprising plot speaks for itself.

A Girl Walks Home Alone at Night (Hoopla, Kanopy, Shudder Amazon Channel)
Some people think this is an Iranian movie, but it was filmed in California. The director is female, and she is Iranian-American, so she set it to appear as if it were in Iran. It’s on the artsy side and not very gory at all. It’s also in black and white, so it has an old, arthouse-cinema feel. It’s a very original take on vampires, feminism, and the history of cinema. So yes, kind of a must-watch.

The Lighthouse (Amazon Prime)
Eggers is the director of this horror/suspense film. It’s also in black and white, and on top of that, it’s shot in an old aspect ratio to give it a closed-in feel. This is light on blood and high on weird imagery. You could watch this film for the acting alone — both actors are superb. This movie is more of a suspense film than horror, so it’s perfect for a scary movie night that doesn’t turn into a week of nightmares!

A Quiet Place (Amazon Prime, Hulu)
The premise: there are monsters out there that can kill you based on the slightest sound you make. In this post-apocalyptic world, everyone must be very, very quiet. If you like John Krasinski from The Office, he stars in and directs this film. It’s a bit hard not to see Jim from The Office sometimes, but he puts in a solid performance. It’s not even rated R, so if you’re 17, you might think it’s no fun to sneak a watch. But if you’re looking for something to watch during movie night with younger kids or family that can’t handle too much horror, this is your movie.

Rosemary’s Baby (Amazon Prime, Hulu)
This is another must-see, classic film. If you haven’t watched it yet, you probably should. It set the stage for many other movies with similar themes, but we won’t tell you which movies. Just watch it for yourself if you’re craving something creepy with a retro vibe.

The Reef (Amazon Prime, Hoopla, Tubi TV)
If you like suspense but aren’t huge on the supernatural storylines, The Reef is for you. This movie is entertaining for a lot of reasons; the cast is minimal, for one. It’s worth watching for sure, especially if sharks can give you shivers, and you’ve already seen Jaws.