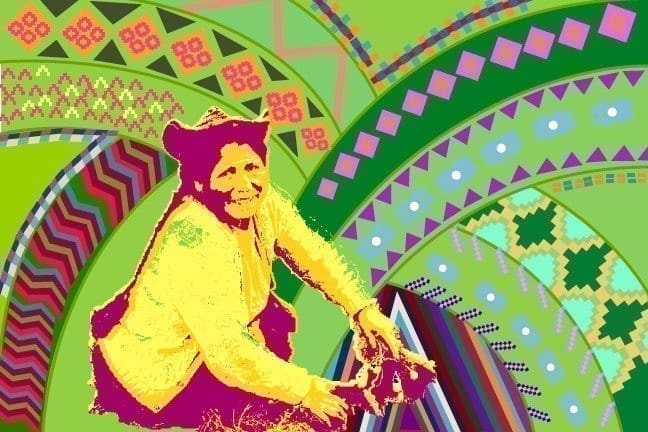 You’ve heard of chia, of course—those wondrous seeds whose itty-bitty size belies their colossal nutritional properties. But have you heard of chaya, the Mayan super spinach that grows in abundance in Central America?For centuries, chaya has been a dietary staple of the Mayan people of Mexico and Belize, valued for its high quantities of iron, calcium, potassium and other vital nutrients that are far greater than in regular spinach. As yet, chaya is hard to find in the U.S., but there’s little doubt that it’s on its way here because of the growing interest in what nutritionists call the “New World Diet.”Chaya is just one of a long list of Central and South American power foods that have been around for centuries and are having a resurgence since they promote optimal health and beauty.Ancient indigenous peoples—Mayan, Incas and others—simply ate what was in abundance around them. And they were what they ate, says Manuel Villacorta, award-winning nutritionist and dietitian; the nutrients in their foods gave them the strength they needed to live their often harsh and physically demanding lives in the Yucatan Peninsula, the Amazon and the Andes.In his book “Peruvian Power Foods: 18 Superfoods, 101 Recipes and Anti-Aging Secrets from the Amazon to the Andes,” Villacorta traveled to remote towns in the Peruvian Andes where indigenous people still eat in a traditional and healthy manner, consuming foods such as quinoa, cilantro and sweet potato.Here are some superfoods that are only just coming to the forefront in the U.S.:

Uchuva, a small, golden groundberry from Peru, Chile and Colombia that’s packed with protein, loads of vitamin D, vitamin B12 and vitamin C, which is essential for boosting the skin’s elasticity, stimulating collagen production and lessening fine lines and the appearance of dark spots. Known as Pichuberry here in the States, uchuva is so loaded with vitamin D that you only need a 3/4-cup serving to provide nearly 40 percent of your body’s daily vitamin D needs, according to Villacorta. It also has a lower glycemic index than blueberry, passion fruit, pomegranate and papaya. “The ancient Inca and Maya used these elements without having knowledge of their benefits,” he says.

Maca, an herbaceous biennial plant that grows high up in the Peruvian Andes and that has been said to increase strength and even virility, is rich in vitamins B, C and E, notes Villacorta, as well as in calcium, iron, zinc, magnesium, phosphorous and amino acids.

Sacha inchi, which translates to “Inca peanut,” has more omega-3s than flaxseed and strong anti-inflammatory properties.

Camu camu is a small fruit from the Amazonian rainforest that is rich in vitamin C and flavonoids, which neutralize harmful free radicals and help with collagen formation.These superfoods are also rich in polyphenols that decrease the risk of heart attack and stroke and protect the skin from sun damage, says J. E. Williams, an expert in integrative medicine and author of “Light of the Andes.” But the superfoods are just part of a more holistic approach to the diet that isn’t only about what you eat but also how you eat.Finding the Right BalanceThe New World diet strikes a healthy balance of low-fat foods, complex carbohydrates and high protein sources, along with seriously upping the ante on fruits and vegetables since the Maya and other indigenous people of Central and South America ate little meat and followed a phenomenally plant-based diet, notes Sharon Palmer, registered dietitian and author of “Plant-Powered for Life.”To this day, many people in those regions still eat a traditional, unprocessed diet consisting of whole grains such as maize; legumes such as beans; and a plethora of fruits and vegetables including peppers, manioc (a root also known as cassava or yuca), tomatoes, jicama, chaya, avocadoes, squashes and other foods that are native to Central and South America.“The benefits of eating such a diet is that it’s high in all of the good stuff—fiber, vitamins, minerals, phytochemicals and healthy fats,” says Palmer. “And low in all of the bad stuff: dietary cholesterol, saturated fat, quick-burning carbs and sodium. Legumes like beans are an excellent protein source and are very high in fiber. Squashes are rich in vitamins, minerals and phytochemicals that have antioxidant and anti-inflammatory properties, and maize is high in fiber, slow-digesting carbs and antioxidants as well.”Keeping It Fresh and FlavorfulAncient food traditions such as those of the Mayans were also based on a minimal amount of processing. “Maize, for instance, was coarsely ground to make porridge and thin breads and beans were dried, cooked and mashed,” Palmer says.Indigenous people added flavor—and by default, even greater nutrition—to their food with chilies, which are rich in vitamins A and C; honey, which is both anti-inflammatory and antiseptic and does wonders for the complexion; and avocadoes, which are loaded with healthy fats and phytonutrients that are good for the body and nourish the skin.And finally, seasonality and freshness were and still are key elements to the diet. “Even today, a Peruvian will only eat ceviche [a raw seafood specialty] in the afternoon because the fish is fresh then, and if it’s not used or sold, it will be thrown away,” Villacorta says. “Same goes for fruits and vegetables—everything is eaten on the day.”The New World ComebackToday, of course, it’s very hard to shop, cook and eat on the day, and life in many parts of Peru is more and more like life here in the U.S., Villacorta points out, with supermarkets increasingly carrying quick, packaged foods that are nutritionally poor. For us, though, the upshot of globalization is that more and more superfoods from South and Central America are now available in the U.S., including the low-calorie purple potato, which is far richer in antioxidants than other potatoes, and purple corn, which Villacorta says has amazing anti-inflammatory and anti-aging properties.In South and Central America, too, traditional foods are once again coming into the spotlight. Mexico is making efforts to promote amaranth, the grain of the Aztecs, and in the Yucatan, chefs like Josue Cime, executive chef at the Hacienda Chichen Resort in Chichen Itza, are cooking with chaya leaves.“For many years, the ancient recipes were lost, but we’re trying to bring them back and promote these ancient foods we have here,” Cime says. “The earth gives us a lot of things—we should use them as our ancestors did.”