Home Nutrition The Flip Side: The Dark Side of the Gluten-Free Diet 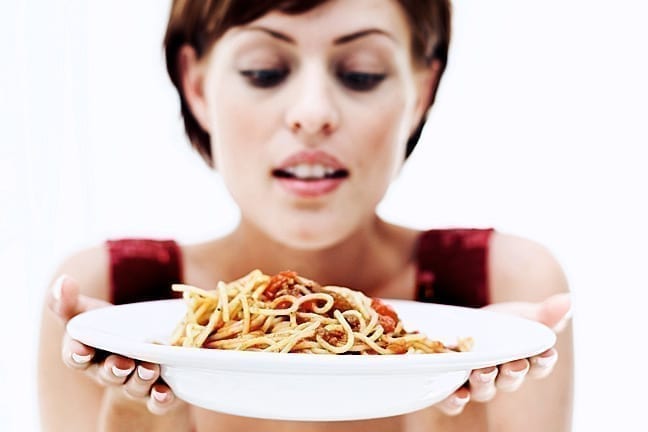 There’s another side to every story. In “The Flip Side,” we explore the unintended consequences of popular lifestyle trends. Today, we’re taking a look at the dark side of the gluten-free diet. Elizabeth, a 27-year-old graduate student, fell apart last year. Her hair fell out, her weight dropped, her nails cracked, her skin broke out and her fingers turned blue and white as she started to lose circulation. “My inflammation levels were so high that you would have thought I was a 75-year-old man who’d already had a coronary,” she says. “Everything was failing.” She had no idea what was wrong.

How did she get back on track? She stopped eating gluten.Gluten, a binding protein found in wheat, rye, barley, spelt and oats, is what gives your baked goods all that fluffy goodness. It’s also a common food allergen, affecting an estimated one percent of the population, and the only cure is a strictly gluten-free diet.Lately, that diet is having its heyday.

Last year, gluten-free product sales soared to $2.64 billion in revenue. The trend has even gone commercial. General Mills’ Chex cereals are now proudly gluten-free and many other brands have followed suit.A whopping 15 percent of consumers stock up on gluten-free goods (versus the one percent with gluten intolerance), meaning most of the buyers don’t actually need the products.

So why do they subject themselves to hard-as-rock muffins and half-risen breads?It’s not just masochism. “People are confusing gluten-free with healthy,” says Kristin Kirkpatrick, R.D., YouBeauty Nutrition Advisor. “But you can have a perfectly gluten-free risotto and it can be a heart attack on a plate. Gluten-free isn’t always healthy.”In fact, ingredients commonly found in the gluten-free diet may contribute to weight gain.

How Not To Go Gluten-Free

A recent study, published in the New England Journal of Medicine, found that all foods are not created equal.The researchers tracked over 120,000 healthy American men and women in 4-year intervals from 1986-2006. Results showed that weight gain was strongly associated with eating potatoes (fried, boiled, any which way), refined breads and cereals, sugar-sweetened beverages and red or processed meats—common culprits in gluten-free diets.

Lifestyle wasn’t to blame for the gain.

“Look at how the foods on the list link together,” says Kimberly Snyder, celebrity nutritionist and author of “The Beauty Detox Solution.” “Eating steak and starchy potatoes [a gluten-free meal, mind you] takes a lot of digestive work to break down. That can lead to increased acidity in the body, toxicity and weight gain.” Not to mention that starchy foods cause blood sugar spikes that may lead you to eat more later.

Those gluten-free pretzels you love to munch? All starch. The gluten-free bagels you eat “for your health?” Refined carbs galore. That gluten-free muffin? Loads of simple sugars.

“If an ingredient list is completely derived from potato, soy and corn [as many gluten-free goods are], then that product is certainly not a health food,” says Snyder.

A gluten-free diet, done right, can have its merits.Research has linked over 150 diseases and symptoms to gluten sensitivity and difficulty digesting gluten-filled foods. “In my opinion, there are better grain choices,” says Snyder. “Giving up gluten can lead to increased energy, easier weight loss, less bloating and fewer digestive issues.”

Elizabeth agrees. Once she gave up gluten, she started to feel like herself again. But she avoids the gluten-free aisle at grocery stores. “None of those fake products have ever really sat well with me,” she says. “Real food was what ultimately made me feel better.” Now, her meals are homemade and include five or six ingredients—max.Still, Kirkpatrick questions whether everyone should go gluten-free. “I always say, make sure you have a true intolerance,” she says. “Those are the people who are going to benefit from cutting out gluten.”Either way, if you go gluten-free, do it right.

In the New England Journal of Medicine study, vegetables, whole grains, fruits, nuts and yogurt were associated with weight loss over time. So ditch the lump-in-your-stomach fake breads and hit the farmers market instead.

And remember, just because it’s gluten-free doesn’t make it healthy. “A cookie is still a cookie,” says Snyder, gluten-free or not.